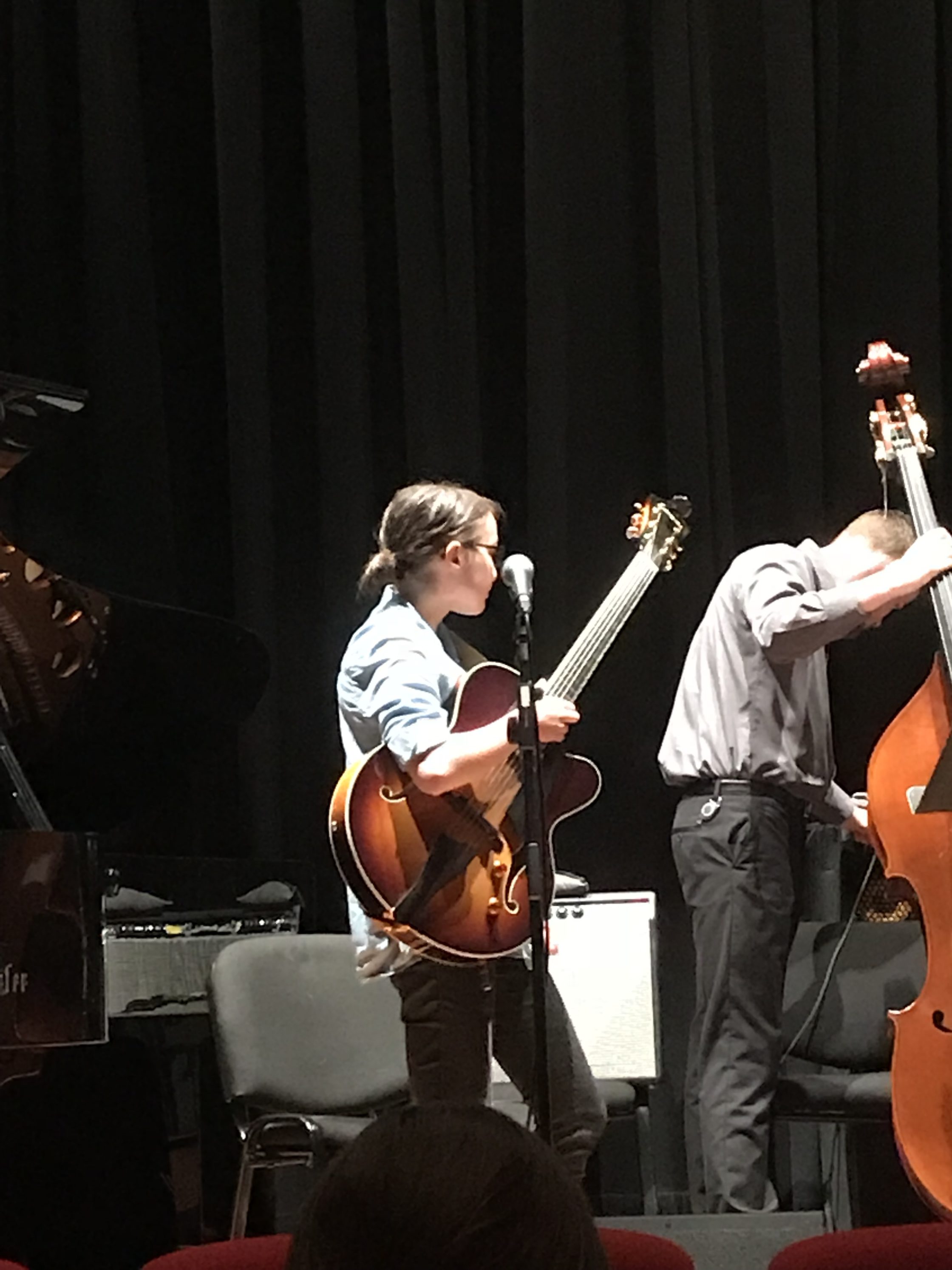 Ranges Music Network is excited to be working with a talented and enthusiastic team of young music educators as Apprentices. We aim to support them as they grow as teachers and musicians and know they’ll bring great ideas, energy and inspiration to your young musicians!

Apprentices receive mentoring and support from our Program Director and staff of Educators. It’s part of our mission to create a diverse and sustainable music education and performance scene here in the Macedon Ranges.

Sophie Cox is a guitarist currently studying a Bachelor of Music in Jazz & Improvisation at the
Melbourne Conservatorium of Music. Since first starting out on the guitar at the age of eight,
Sophie has been playing and studying the instrument for over a decade.

Over this time, she has ventured into a range of styles, from rock to classical. However, in recent years her interest has shifted into more improvisatory styles, such as jazz, blues, soul and funk.

During her time as a student at Braemar College, Sophie’s passion for music grew. Learning guitar from Tom Martin, she became interested in improvisation; leading her to audition for the Melbourne Conservatorium at the end of Year 12. Then Director of Music, Shaun Evans, also supported her in getting involved in the local music community in the Macedon Ranges.

Sophie was the guitarist in the Mount Players’ 2016 Xanadu production, a feature youth performer at the 2018 MITCH Summer Concert, and performed with her band on the Youth Stage at the 2017 Macedon Ranges Music Festival. As part of the Macedon Ranges Music Collective, she has also played on numerous occasions at Woodend RSL, the Victoria Hotel, and Budburst Food & Wine Festival.